annus horribilis /anəs hɒˈriːbɪlɪs/noun
1. a year of disaster or misfortune.

If you’ve read my earlier posts from this year you’ll know I’ve seriously struggled to have anything to show for all my fibre-crafting efforts. The rest of the year hasn’t shown much improvement.

Last time I posted I was heading off on a 10 week adventure of parental leave from work with a box full of yarn and a head full of pattern ideas. 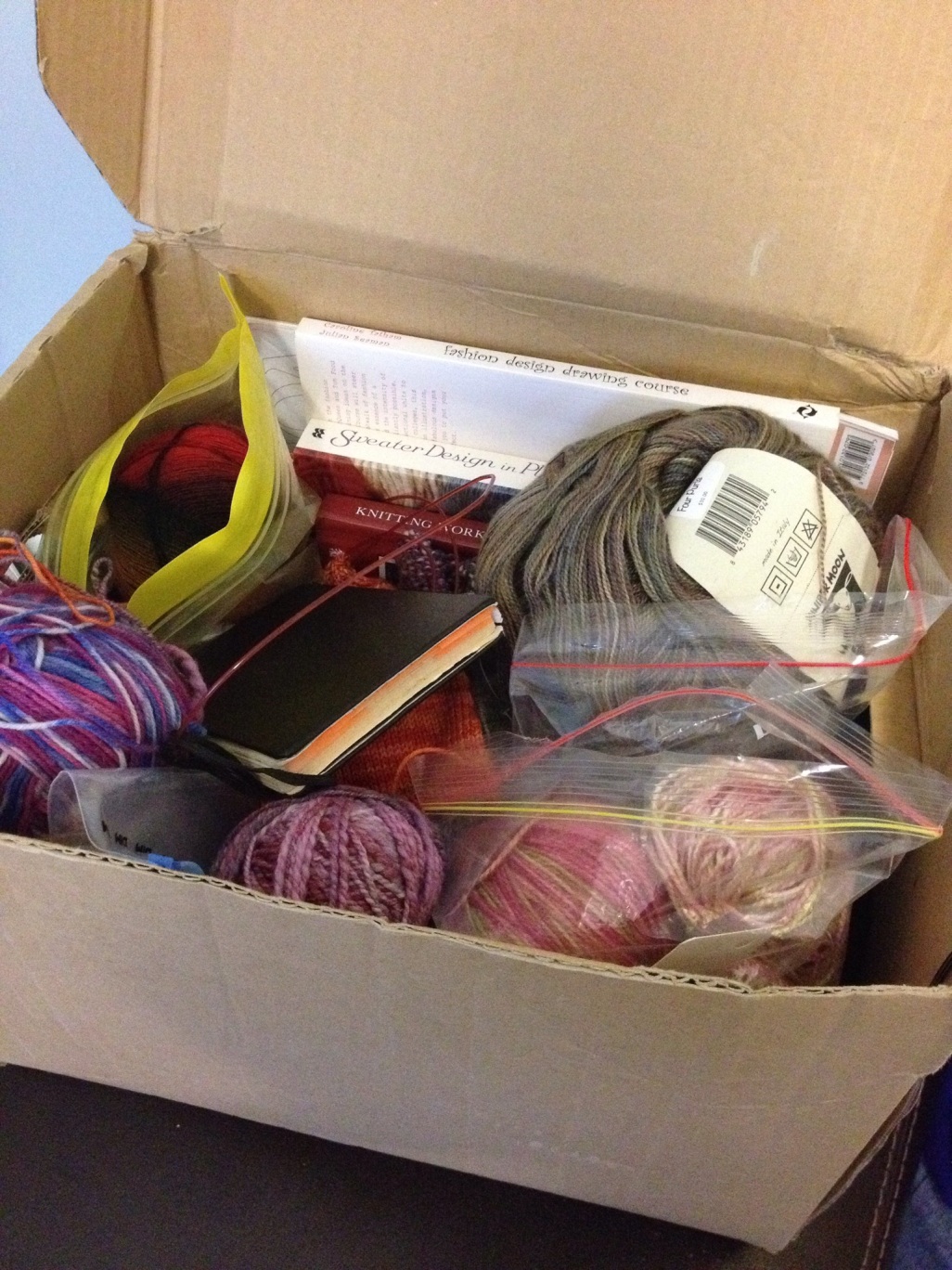 The first pattern I wanted to write was a hat I had knit for myself years ago. I had called it “Whirling Dervish” – those of you that know my name in real-life (and especially if you’ve seen my dance moves!) might have a smirk creeping over your face right now at this play on words. I thought this pattern would make a great start considering I had taken the rare precaution of making notes as I knit it. “Low-hanging fruit” is the catch-phrase du jour in my workplace these days.
But oh dear, my notes… 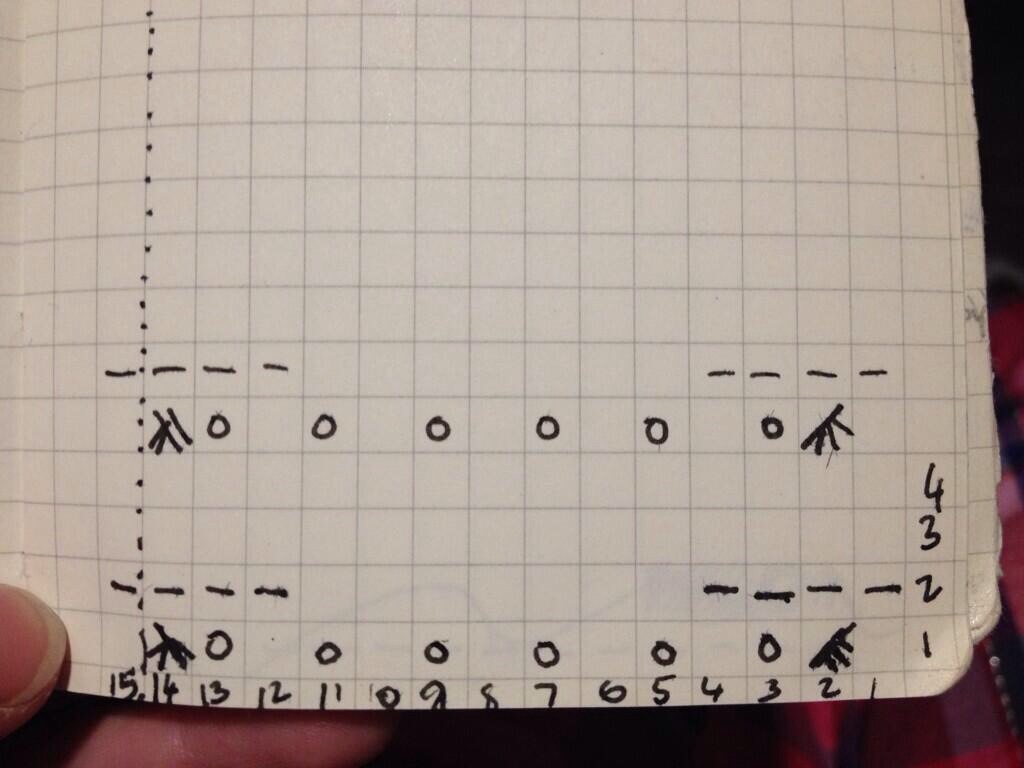 Looks like some of my decreases are plotting their escape!

I made the original had in a softly-plied, bulky alpaca yarn that I can’t recall any details of, and never uploaded to Ravelry. I also managed to lose the hat before taking any pictures of it! Anyway, I decided my skein of handspun, Eyjafjallajokull, could be a suitable substitute.

The Whirling Dervish pattern was so-named because it started with a whirlpool cast-on. My handspun didn’t like that idea very much!

Ideal for a nipple-hat – just not the look I wanted

I quickly abandoned the Whirling Dervish design and decided Judy’s Magic Cast-on would be more appropriate using this yarn. Soon a pattern for a fedora-style hat emerged. I got side-tracked into making and designing a felted version and am considering short-row shaping on the crown for a truer fedora look. So there are potentially three hat patterns brewing but no written pattern yet to show for these experiments.

I moved on from there to designing and making a t-shirt from three skeins of Handmaiden Fine Yarn Silken that I had in my stash. Three skeins equated to 750 meters, which I thought would be ample for a short-sleeved sweater. After I completed the back I was worried that I would run out of yarn. I considered a back-up plan of using a contrasting colour on the sleeves if I did.

As I progressed up the front it was a touch-and-go race against yarn. Then, just before I started the armhole shaping, I did a cross-check on my stitch-count and discovered that I had cast-on 10 stitches too few! All that I had knit on the front had to be ripped out. What’s more, I was absolutely certain I would not have enough yarn. Yet another project went on the back-burner!

My next effort was to attempt to progress a design for a matching hat and mitten set in Dublin Dye Company’s Swing Sock yarn. Unfortunately, this coincided with us getting keys to our new house and then my MIL coming to visit so I was never able to give it the head-space it demanded. It smolders still…

After we returned back to Ireland (still with my box containing only yarn and no finished objects or written patterns) I ordered additional skeins of HandMaiden Silken. The ball on the left is the original yarn; on the right is the more recent dyelot. Can’t I catch a break? Le sigh!

So, dear reader, am I exaggerating by calling this year Annus Horribilus? It certainly hasn’t been all that productive or successful despite my efforts. However, as my dear knit-night buddy @Midweshterner pointed out to me (and I’m paraphrasing, because she put it more eloquently) the reason I’m not succeeding is because I’m trying such experimental things.

Recently, I came across the Helsinki Bus Station Theory in relation to creativity and design. The gist of it is: too often we bail too soon on a project that’s failing. Or we prevent ourselves gaining experience and confidence by focussing only on success. Rather than decide the bus we’re on isn’t going anywhere or taking us in the wrong direction we should try to stay on the bus and enjoy the journey of discovery. The final destination is more likely to be where we will really feel comfortable. So I’ve tried to stay on the bus. And I’ve tried to put in the time.

And recently things have started to turn the corner. In the past month I have:

I’m hopeful that as I “Stay on the fucking bus.” I’ll soon have something tangible produced from all this potential.

Tell me, dear reader: What have you triumphed with because you persevered?